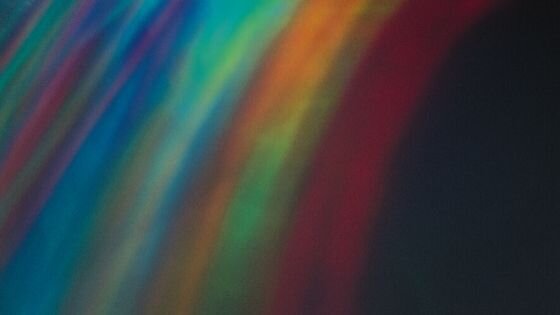 Is it possible to support the blue and empathize with the black community? Can a white person struggle to understand systemic racism and a black person reject intersectionality? Am I a white supremacist if I voted for Trump, or a communist if I will be voting for Biden?

Where are the boring people who appreciate nuance, see reasonable arguments from all sides, and don’t feel a need to share it on social media, much less go march in the heat?

As a Presbyterian, I’m often viewed as one of the boring, stable people often sitting in the mainstream of American society. As such, boring formation happens at home. My adolescent son, enamored by the sights of protests on television, half jokingly said, “Dad, let’s go downtown and protest!” Bathed in privilege and from the safety of my nice home, I said, “Son, we are Presbyterians. We aren’t activists, but advocates.”

Some of you are chuckling. Some of you reading this have been offended by the hint of cynicism and lightheartedness towards a very heavy and real moment of cultural rage and fear.

That proves my point.

The spectrum of views concerning police enforcement, racial tension, white privilege and more is broad and complicated. Most of all, it is shifting. Amidst the shift, we must be open to both/and positions and reject the simplicity, if not precariousness, of either/or options.

Spectrums of any sort shift in every age and in every place, but the attempted arrest and death of George Floyd pushed the conversation for most Americans, and a global audience, even further than before.

The protests we are observing in our urban centers carry with them a sincere understanding by the greater public like I have never seen. The anger and rage of so many are not without cause. Likewise, I am grateful for the vast majority of our men and women in law enforcement who get up every day to serve the citizenry in faithful ways.

This is not an either/or moment, but a both/and opportunity in America’s journey. George Floyd’s death was both a tragedy and an example of police aggression. Marchers are both crying out to get people’s attention and, at times, plagued by a few rabble rousers getting violent. A white guy can say, “Black lives matter,” and not be supporting the platform of the organization named Black Lives Matters. A black man can both object to theories of intersectionality and testify to his own mistreatment because of his race. Both/and times have their potential, but also their drawbacks.

The danger, however, of a both/and moment, is two fold. For one, a both/and moments can allow some to try and sit the fence. Sitting the fence, besides failing to inspire movements or elicit great change, sets one up to fall, and fall hard. Pastors who fail to speak up may be complicit with the status quo. For my own tribe of Presbyterian Christianity, we built the American status quo for so long, for good and bad, we must not remain comfortable and tempt ourselves with an immunity to the zeitgeist. Neither our messiah, nor His many prophets since, will allow for that.

Second, both/and moments can create such a cacophony that a clear diagnosis of the problem and a clear way forward never materialize. Without that, change is more difficult. While I see white America and established institutions responding and shifting more so this time than before, there is not one lead communicator like we had with Dr. King to diagnose the problem and provide the remedy. White Americans still deliberate over systemic racism, black Americans run the gamut on reparations, and others have varieties of solutions from dismantling police departments to required national youth service programs to mix races and classes.

In a both/and moment, we must find the ability to manage nuance and reject hard dichotomies. John Stonestreet, with Maria Baer, writes:

Dichotomies…are dangerous and disingenuous. We must be able to walk and chew gum at the same time. We can support the institution of law enforcement and acknowledge that the terrible injustice that happened here happens too often. We can denounce lawlessness and still listen carefully to our African American neighbors describe their deep pain and disillusionment. We can support a right to protest and still denounce using protests as occasions for evil.

The people on a spectrum of responses to racism are vast, from a white supremacist to an Antifa activist. Violence shades each end. I find myself among those who call out the violence of either end and who then call to one another to stand in their spot on the spectrum of views. I took a Walk for Lament and Restoration sponsored by a coalition of African American churches, and sure enough, some viewed me as participating in the violence that breaks windows.

Biblical wisdom is a rich gift in times such as these. Often there is neither the clear answer that leads to holiness nor the clear answer that is counted as sin. I am not denigrating the clarity brought by the ten commandments and other ethical quandaries. Yet, most of life is lived in the gray that does not touch on these clear moments in scripture. Sometimes even the apostle Paul leaves us with both/and options when it comes to shaping our thoughts about an action and then executing that action.

I am both subject to racist tendencies and trying to pursue justice for people of color. I am both guided by Biblical principles and applying them to the context of today. We are both a people with a rich and glorious offering to the world as Americans and a people with a horrible past of slavery and an unhealed contemporary fissure. There is lots of gray. May we be prophetic with the ignorant, patient with others along the spectrum, and loving in all things.

One thought on “50 SHADES OF A BOTH/AND MOMENT”